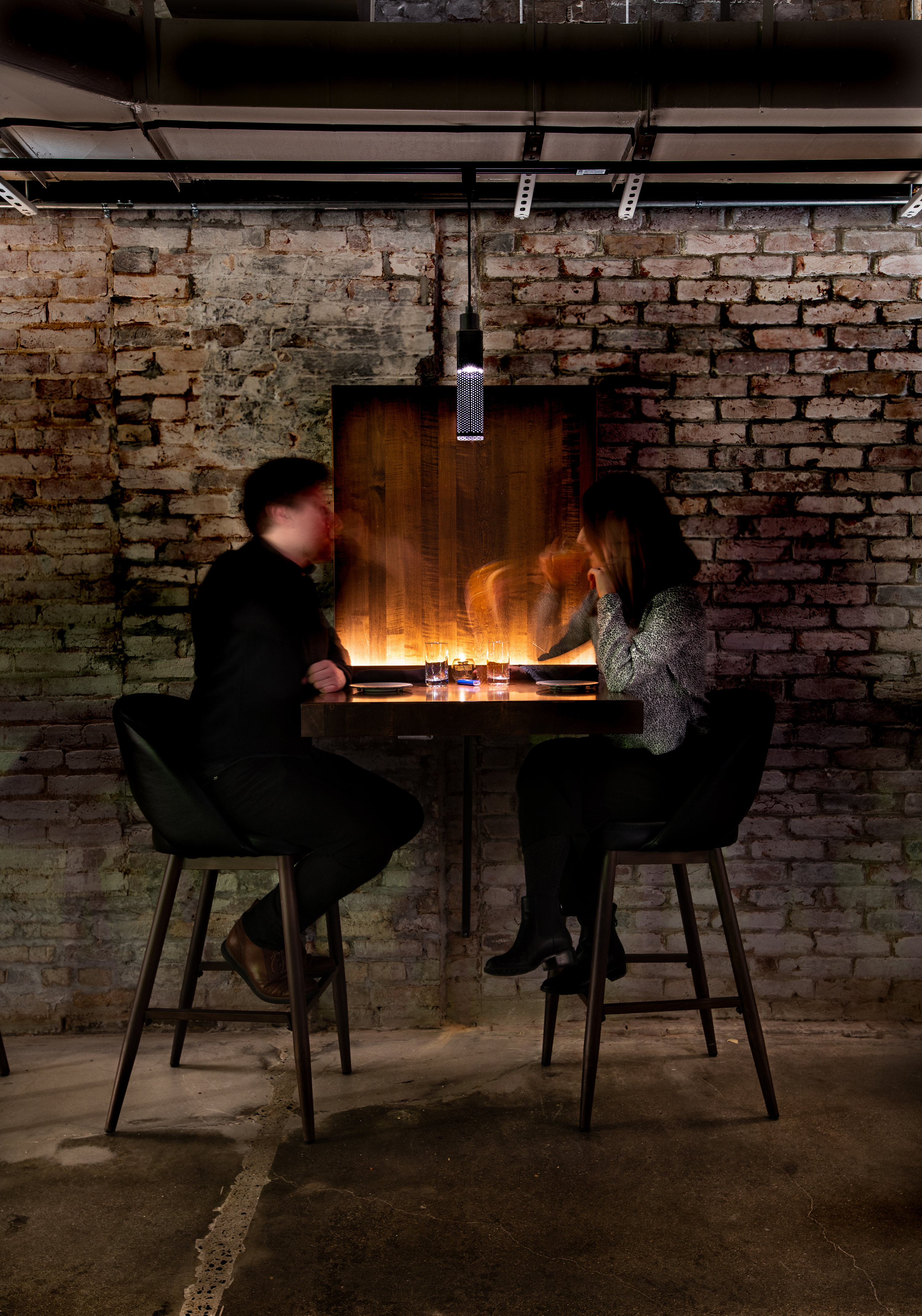 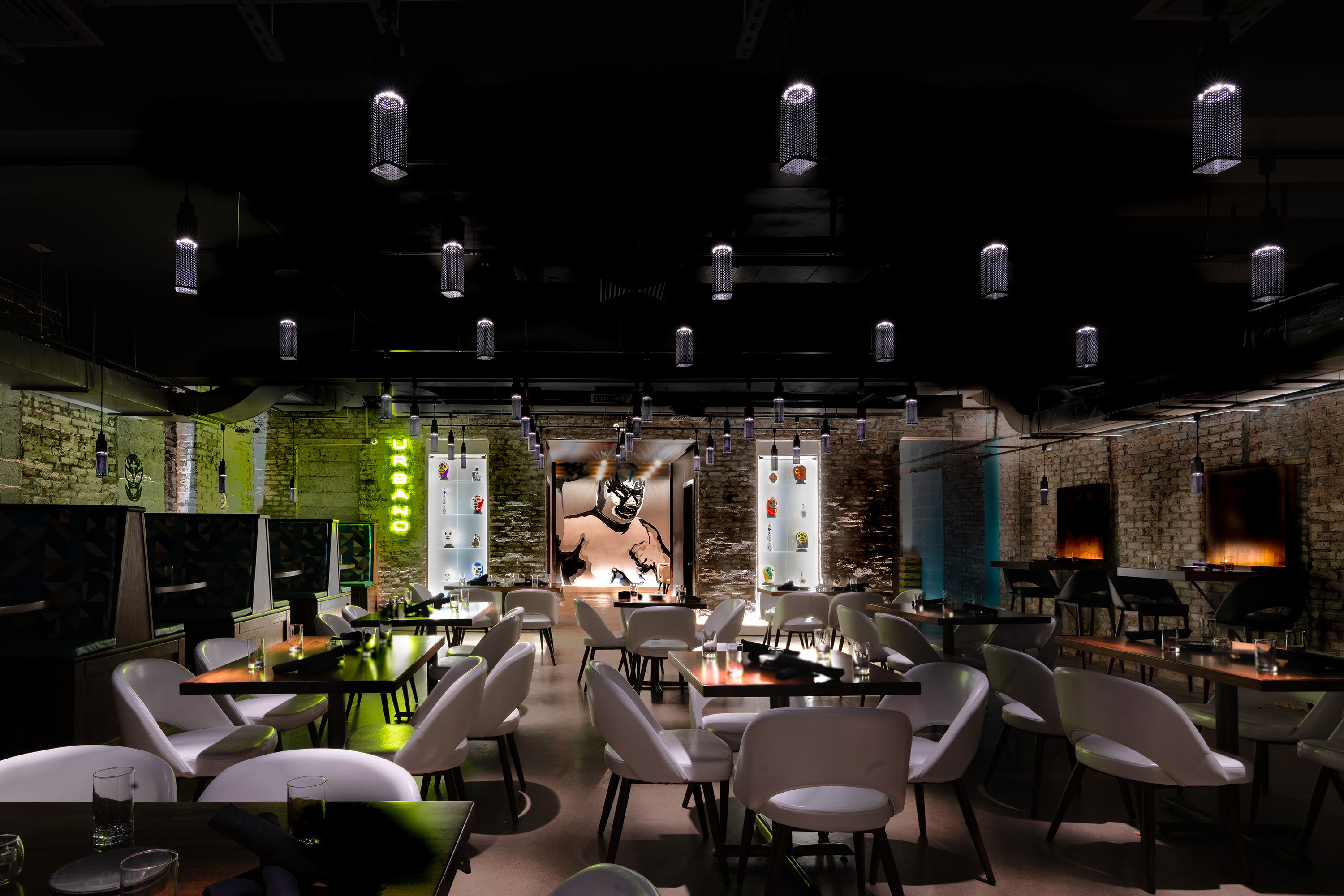 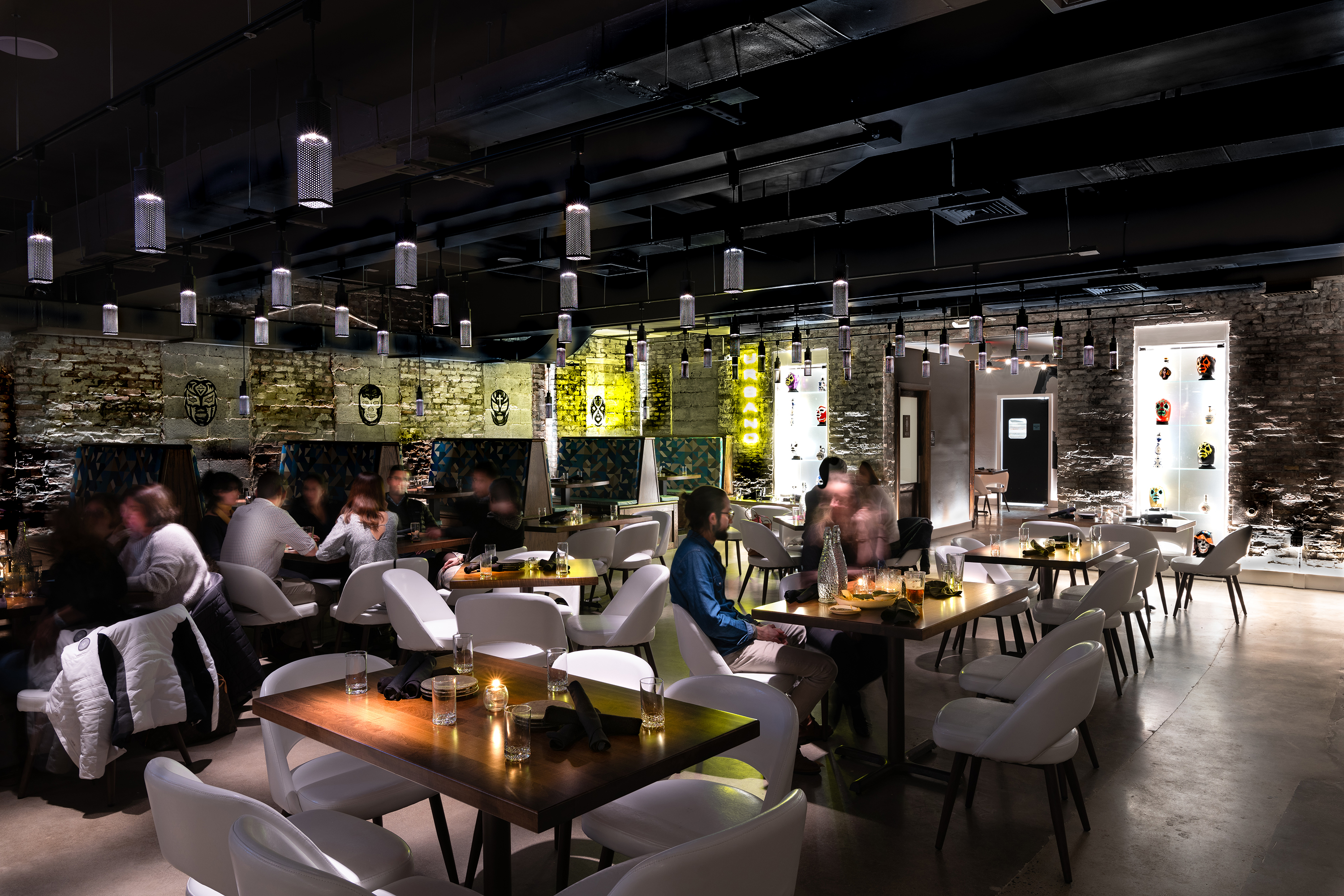 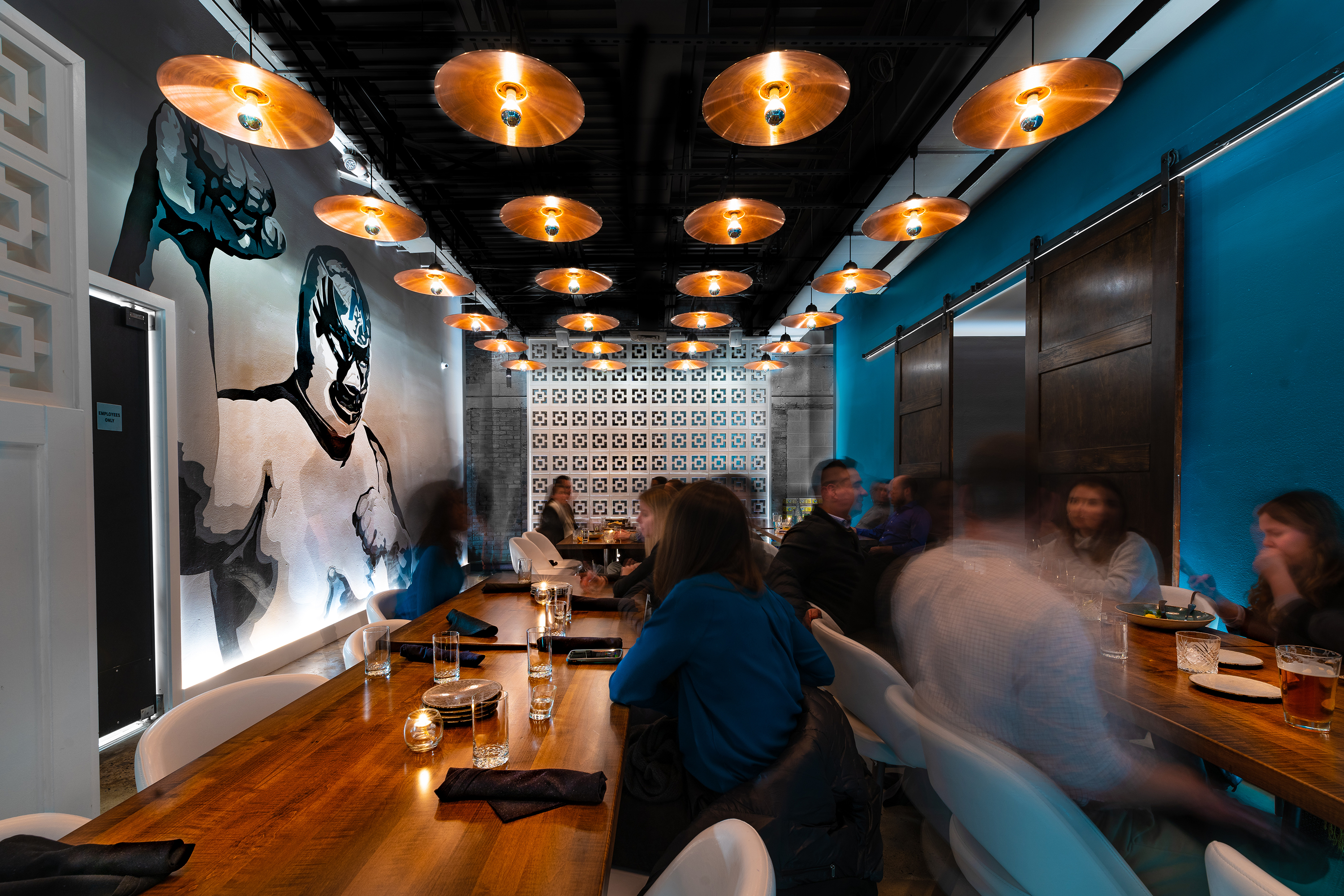 We didn’t want to focus our efforts on a theme as much as capturing the authenticity in Mexican culture. That was one of the reasons we went with a Lucha Libre inspired concept. It is something so integral to Mexican entertainment. Being in Alexandria, which isn’t the most cosmopolitan area, we saw an advantage to differentiate from american preconceptions with wrestling. We wanted to capture the heart of Mexico in the middle of Alexandria, Virginia.

“Light is to Architecture like Salt is to food, without Light Architecture would taste insipid”,
Also excess in salt or light in food or architecture will taste bad or feel overwhelming. In Urbano we made sure we had the light where we needed it, we also used the material tones and reflectance’s to fully render and redirect light to have a well-balanced space.
We created a concept for something geometrically simple and opulent. The concept was originally named Mexico DF, after the city’s geometric layout and architecture. Ultimately they liked our vision and wanted to keep working with us to refine it for their needs. Something that came about later was the single swing storefront window, which is the first operable window on King Street. We folded planes and finishes from the walls to the floor. Right when one enters, they see this patterned tile on the floor that folds to the bar wall. We did this to reinforce the inter connectivity of the bar area and an abuttal from the main dining area. This simple fold repeats itself with the bar wall to ceiling and in the butcher-block high top seats along the brick wall.